Well I decided that now is just the right time to release the pictures of our most recent brew-day... which was Sunday, January 18th. This brew incorporates a new practice that I think I'd like to continue and may even expand a bit upon.... You see my parents have well water, and although I am quite partial to water which springs deep from the earth, I swear to you, the end of that pipe must be buried in the rotting carcass of a dinosaur because it tastes like ass and stains everything orange. The funniest part about that is that I didn't even have to exaggerate for effect... yes they have a very expensive filtration system and brita filters galore, but nothing changes the fact that it was once putrid and that dinosaur's lingering soul still haunts your taste buds as you take a swig.

- Don't put anything in your beer that you wouldn't want to taste on its own.

This necessitates that we procure water from somewhere else... now deciding upon the right water is a delicate matter, especially for the mash. A lot of Carbonates will keep the Ph high and make great dark beers like Porters or Stouts, but should there be a higher proportion of Magnesium and/or Calcium the mash will have a much lower Ph which is better for pilsners and lighter-style beers.

...perhaps these images will help clear things up (courtesy of my buddy JP at www.howtobrew.com)

In any case this time we ended up at my father's church (only a couple miles away and the water is free). Now I realize that my beer is catholicbeer and my father is a protestant minister... but that struck as still being pretty cool.

It was like brewing with Holy Water!!!
.. only less sacrilegious! 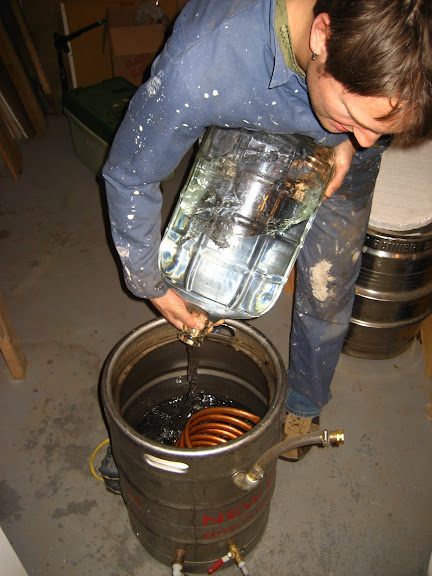 While the mash chugs along nicely maintaining itself at precisely 149-150 degres with very littel variance, we decide it has been a long time since we listened to the Wayne's World soundtrack... 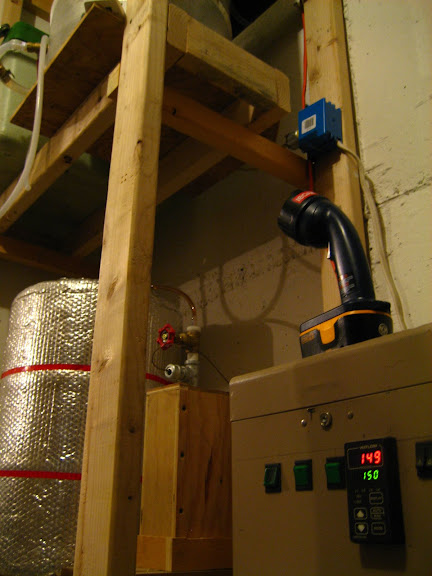 And of course this precipitated us carrying a tv downstairs in order to watch it on VHS... 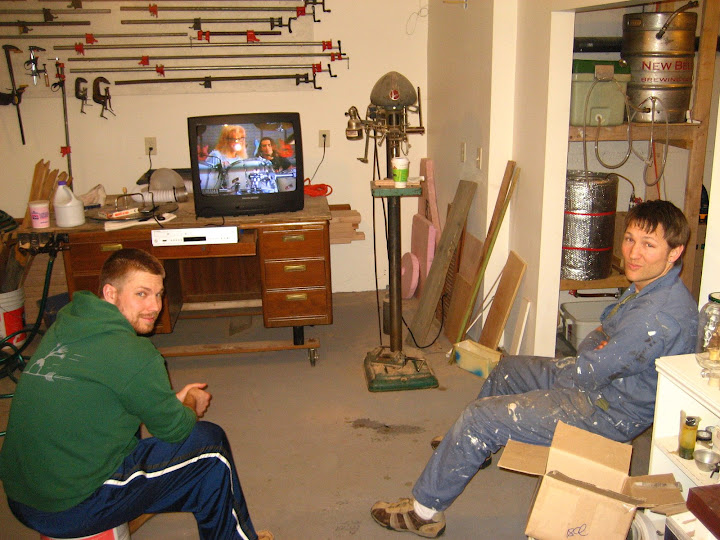 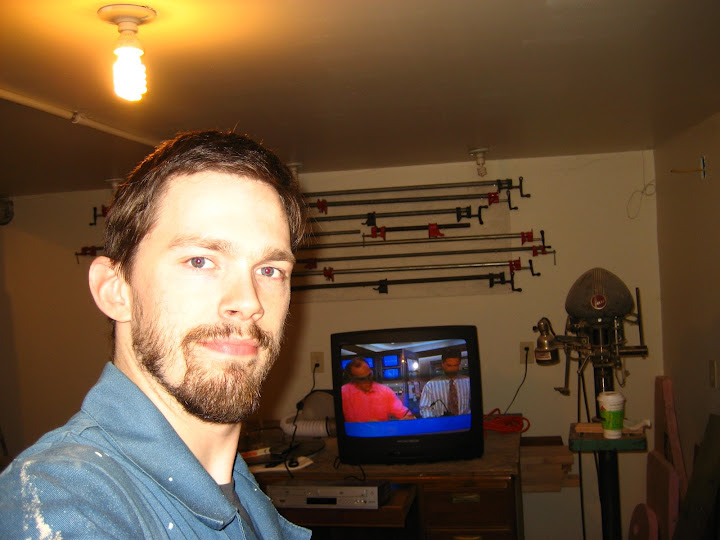 This time around we decided to brew up a 10 gallon batch which meant we hada much larger mash, (35 punds of grain!), but this also meant that we needed more sparge water... a lot more than I had anticipated. Our perfect little cooler was not going to do the trick anymore even though it did really well keeeping the water hot until we were ready to sparge with it.
' 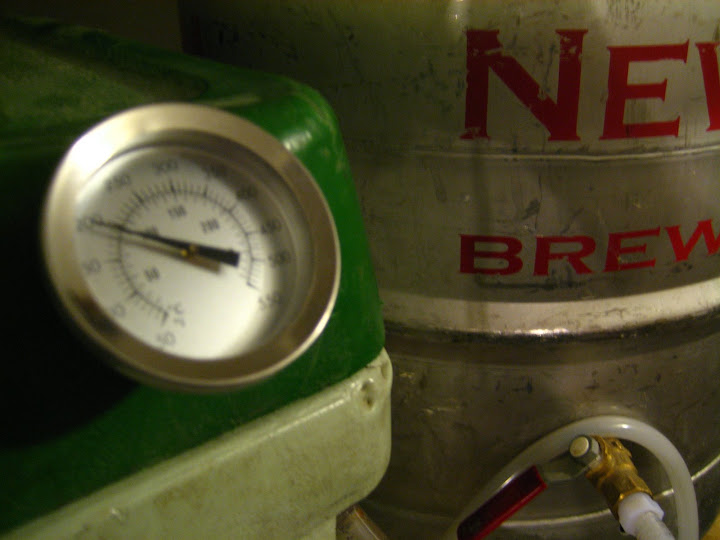 Next project is going to have to be to figure out better means of having hot sparge water ready when the mash is complete.

Or boil went really well and was looking and smelling delicious but we ran into another problem when trying to drain it into the fermenter. Some of the hops and "break" got into the valve and plugged up the hose. We couldn't get it unplugged and eventally had to use the racking cane to drain the rest of the boiled wort out. 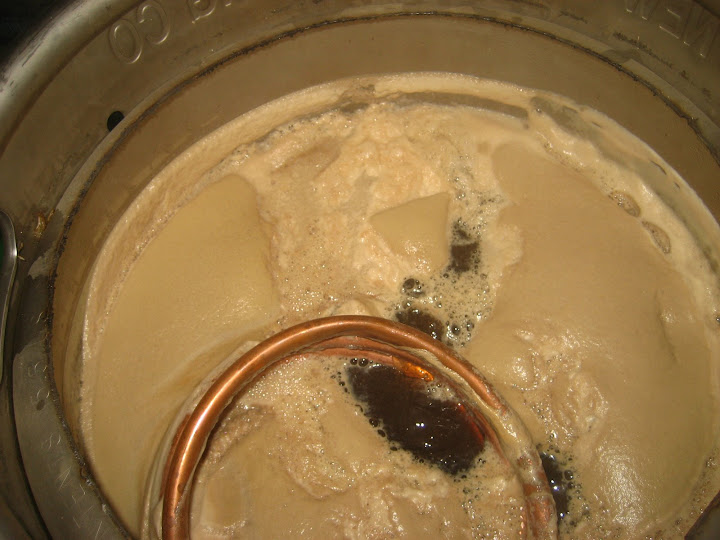 This requires that we reconsider the design of the boil kettle. I have a stainless steel mesh at the bottom that is supposed to catch all that gunk, but a lot seems to flow right around the sides unobstructed. We need a better system of filtering that stuff out, but for now I think we are going to use silk bags to put the hops in so that we can pull them out and prevent future plug-ups. I would prefer to keep the hot and cold break from going in the kettle too but that screen was causing more problems that it was preventing. For now I will allow the smaller stuff to flow freely into the fermenter through the spicket on the biol kettle... I don't think that it will plug with just the break.

Pour one for me.

Email ThisBlogThis!Share to TwitterShare to FacebookShare to Pinterest
See more posts about: brewing