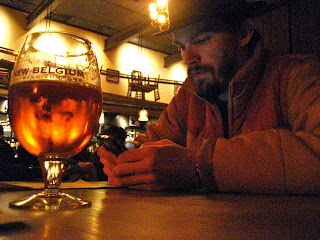 The Saint, The Acolyte and I headed to Brouwers last night with some friends for the New Belgium Ranger IPA unveiling party- one of many that were happening in the area.  To Brouwers great credit, they were donating every dollar spent on Ranger to Haiti relief.  Nuthin' like drinking for a cause.  While we were a bit disappointed that the atmosphere at the pub was more hangover recovery rather than celebrating the birth of a new beer, we managed to enjoy ourselves. 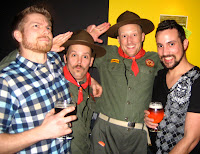 Verdict?  It's an IPA.  And I'm not a huge fan of IPA's.  However, I think it's still a quality beer and would recommend it to anyone who can't get enough Cascade hops, 'cause it's full of 'em (along with Simcoe and Chinook).  New Belgium was nice enough to hand out some buttons and glasses of which we gladly partook.  And the New Belgium Beer Rangers showed up to keep the party under control.

I'm torn.  I'm happy that New Belgium (my first true beer love) is branching out and following their palate rather than adhering to a strict style. . . . . but I like their style.  Oh well.  Pour one for me.

And did you check out that draft list at Brouwers?!  Holy Crap! 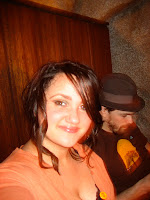 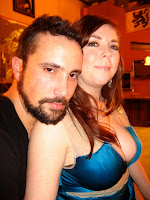 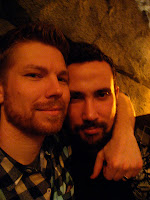