So what the hell is a Trappist beer?

Just two days ago, I pretended like I knew.  The Saint is, I will admit, more knowledgeable regarding our pursuit than I.  I have leeched his brilliance on more than one occasion- often positing it as my own.  But I decided to battle the demons of ignorance the other day and start proactively furthering my education. 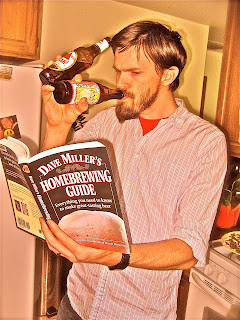 What better place to start?  Wikipedia.  I discovered that the Trappists were an order of monks in France that introduced strict rules into the Abbey in the mid 17th century.  They brewed beer (like many other monasteries) in order to feed the community and fund good works.
They separated themselves from other monastic brewing communities by strictly brewing for the sake of helping the poor or funding good works.  All influences on their beer had to be internal- no one outside the Abbey had any say as to what was to be brewed.
They are a legitimate association of which only seven breweries are currently a part of- mostly located in Belgium.  A lot of breweries tried to say they were "Trappist" but really had no association with these monks other than a label (just as I would sometimes associate myself with Joel as someone with more than a little knowledge of beer).  Now, only beers brewed within the walls of a Trappist monastery and following the  strict guidelines are allowed to carry the association's logo.
So there you have it.  I'll continue doing my homework and bringing you useless tidbits of beer history.
Pour one for me.  Perhaps a Chimay.
-The Zealot
Trappist Beers
-Orval
-Chimay
-Rochefort
-Westmalle
-Achel
-Koningshoeven
-Westvleteren
by Dutch