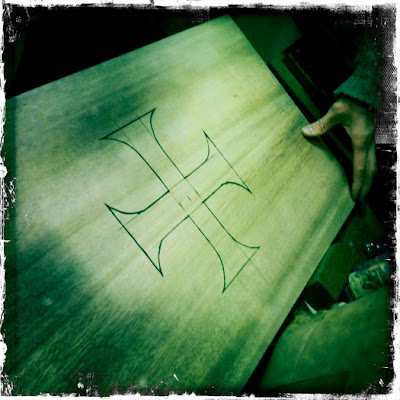 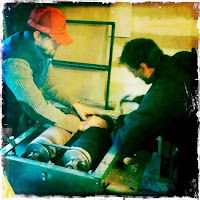 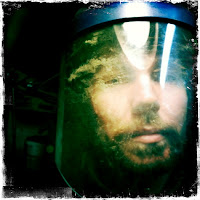 The Saint acquired an old coke machine that he and The Artisan are converting into a rather handsome kegerator, replete with a catholicbeer logo and three brass taps!

I mostly just stood around and documented the whole thing... and had a few beers 'cause someone had to! 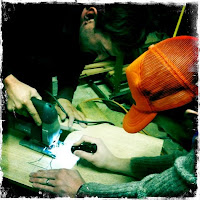 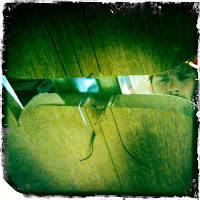 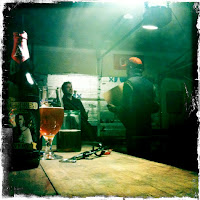 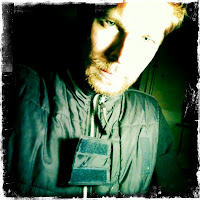 The Saint is one handy fellow to have around.  We were having issues with making batches of beer soooo big that they were practically spilling out of our 17 gallon cooler we converted into a mash tun.  Spill no more!  Joel is making us a 40 gallon mash tun out of this water tank.  What a guy... 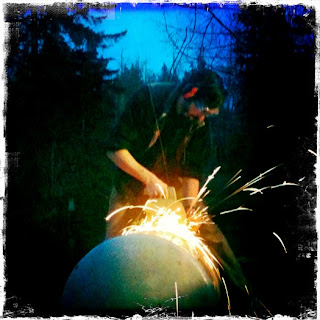