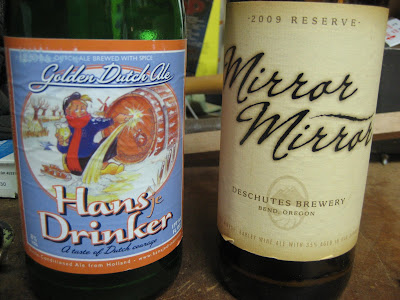 I got a chance to try "Supplication" by Russian River last night.  Wow, what a beer!  It is downright SOUR.  I think that little bottle is more than I could have handled on my own.  It's the kind of sour that could have replaced Sour Patch Kids while watching a movie.
Afterward, we tackled these two beers Hans je Drinker Golden Dutch Ale and Mirror Mirror from Deschutes.  Both beers well exceded my expectations.  I was fully expecting that typical Deschutes yeast on the Mirror Mirror but I swear it seemed entirely different (although it is possible that their yeast simply tastes different in higher gravity ales.. not sure.  It was toffee like and quite English tasting if memory serves.
The other, Hans je Drinker was one of the most interesting beers I have had to date.  I was put off a bit by the cartoon-ish label and green glass bottle (allows UV light to "skunk" the beer if improperly handled).  It smelled intensely of biscuit malt (maybe even a Vienna malt) and honey.  The sweet malty toasted flavor was so potent and yet so pleasingly balanced with the rest of the beer we resolved to head back to 99 Bottles ASAP to grab up a handful more... and we don't do such things often.  Usually we prefer to try something new and explore... but this beer really impressed us and I think we may make an attempt to imitate it.
I dub this beer "The Biggest Surprise of the First Half of 2010 Beer."
We also got a little more done on the kegerator.  The catholicbeer symbol up top gets closer and closer to be finished as it requires a lot of tedious hand carving (which is also beginning to give it an undesireable "homemade" look... we'll see). 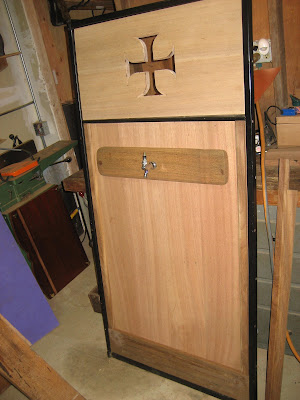 We got our temporary chrome faucet mounted... brass one to come. 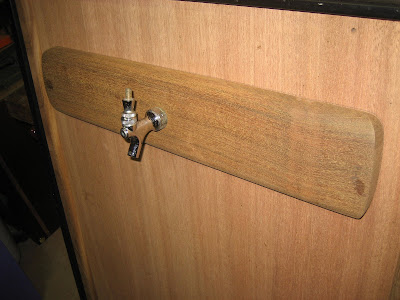 Scott worked a bit more cleaning up these louvers. 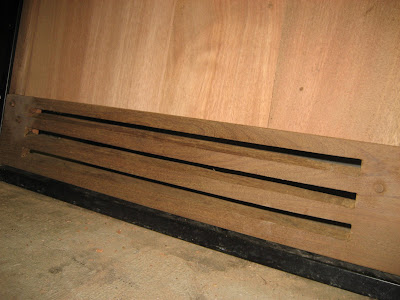 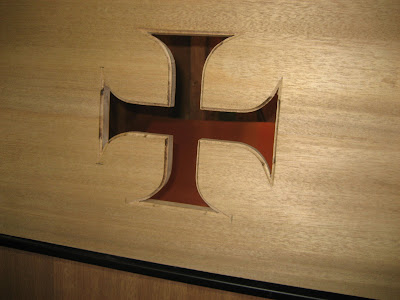 More pics to come as we proceed!
Pour one for me (make it a Hans je Drinker Golden Dutch Ale if you can find it).
by Unknown