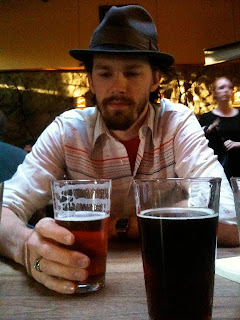 Our catholicbeer field trip went off with a "pop" and a "splutter," but then burbled into the most lovely chorus of clinking, sipping and sighs.  After we discovered that Freemont Brewing is closed Wednesdays, we decided to check Brouwers Cafe off of our list of places to hit for field trips.  It's a fantastic place and I think it  is just about universally regarded as Seattle's truest "Beer Mecca." 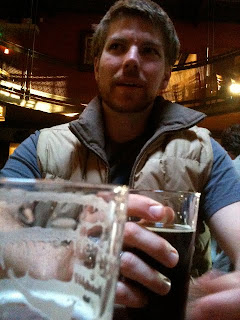 Our field trip wasn't our most heavily attended event... just me, Brian, Benji Jessica, Becca and Bryce.  But I had two really great beers there: Black Raven - Pale (I'm guessing that it was the "Totem Northwest Pale" though it did not say), and Iron Horse - Loco Imperial Red. 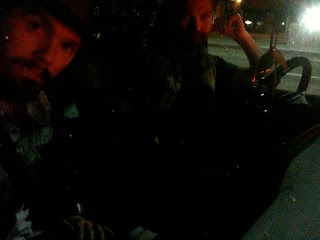 More and more I appreciate the subtlety with which Black Raven, Flyers, and now Iron Horse put forward their beers.  In general they do not do anything spectacular, except be spectacularly balanced and delicious.  I dub these breweries as masters of my favorite (or at least most elusive) beer quality; that of being digestible (see my thoughts on this word here). 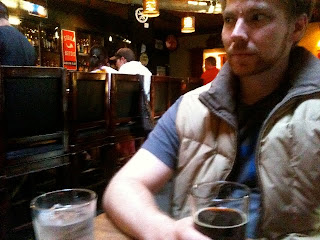 Brouwers would definitely be the catholicbeer fieldtrip location par excellence, and will be the standard against which all other "would-be beer-mecca's" will be measured.
Pour one for me,
joel.
by Unknown

Email ThisBlogThis!Share to TwitterShare to FacebookShare to Pinterest
See more posts about: events