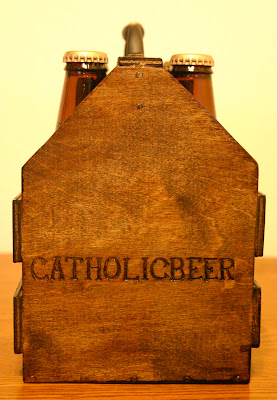 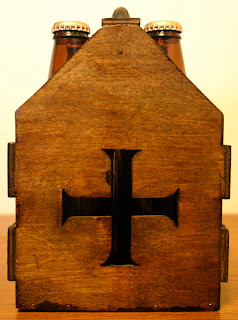 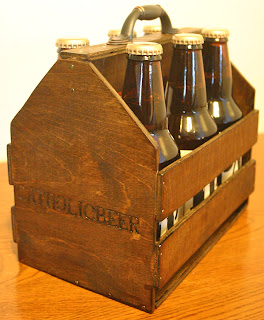 In other news, I'm still building beer caddies and this is the latest model built specially for moi.  I want to build one that will hold a growler on one side and four 20oz bottles on the other (I saw one at Drakes and it was awesome).  I freehanded the "catholicbeer" with a Dremel and cut out the cross with my jigsaw.  If YOU would like to procure one of these bad boys, I think I could make that happen for about $30 (plus s+h).  Just think how cool you'll look bringing brews to your next party in your swank new catholicbeer beer caddy.  So sustainable.